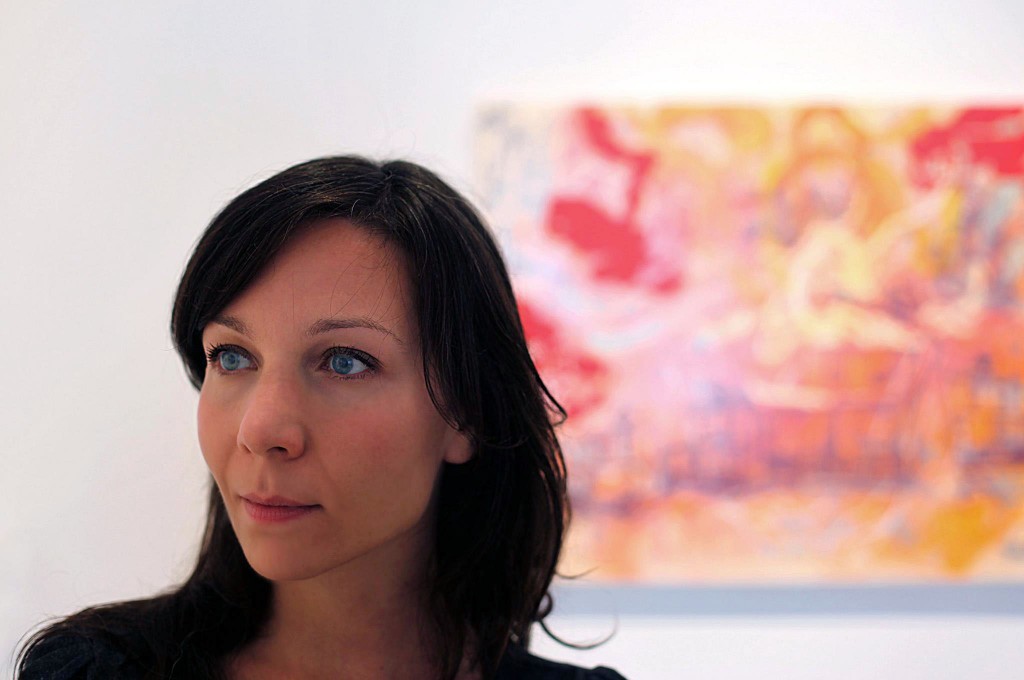 Ester Pugliese is a Canadian artist whose work can be found in private and public collections in North America and Europe. A graduate of York University with a Bachelor of Fine Arts (Specialized Honours) in painting and drawing, Pugliese is the recipient of numerous awards and scholarships including the Canadian Italian Business & Professional Association Scholarship from the BCI Bank of Italy, and the Humber College Board of Governors Achievement Award with her post-graduate certificate in Arts Administration/Cultural Management. She undertook an intensive year of self-directed research and studio work in the prestigious BA Fine Art Program at Leeds University in England through York International’s exchange program, culminating in a public degree show at Bretton Hall College of Education, now the site of the Yorkshire Sculpture Park in West Bretton.

Her works have been acquired by the Donovan Collection, Capital One, Microsoft and a number of private collectors. Her exhibitions have been reviewed in the Globe and Mail, featured on ArtSync TV and included as a destination in the 2012 Canadian Art Gallery Hop. Her 2017 solo show at Loop Gallery in Toronto’s Dundas West area was profiled by Artoronto.ca, Create-Magazine.com, artistsinspireartists.com and eatsleepdraw.com and was included in Now Magazine’s and Canadian Art Magazine’s Must-See Lists. Her work has been included in exhibitions at the Orillia Museum of Art & History, Glenhyrst Art Gallery of Brant, the Joseph D. Carrier Gallery and the MacLaren Arts Centre. Pugliese has exhibited with loop Gallery since 2011, and her work is available through Partial Gallery.

Pugliese’s multilayered mixed media paintings employ a coral reef aesthetic to reimagine Vanitas still life painting with a contemporary sense of immersive space while exploring the irreconcilable nature of our culture’s materialistic urges and our desire to protect the natural world we live in.